Please watch this video from Benjamin Boscolo, Owner & Chief Executive Officer as he shares an updated message on how the firm is taking care of its clients and teammates during the Covid-19 pandemic.

Click Here to view Crisis Resources for Maryland, Virginia and District of Columbia. 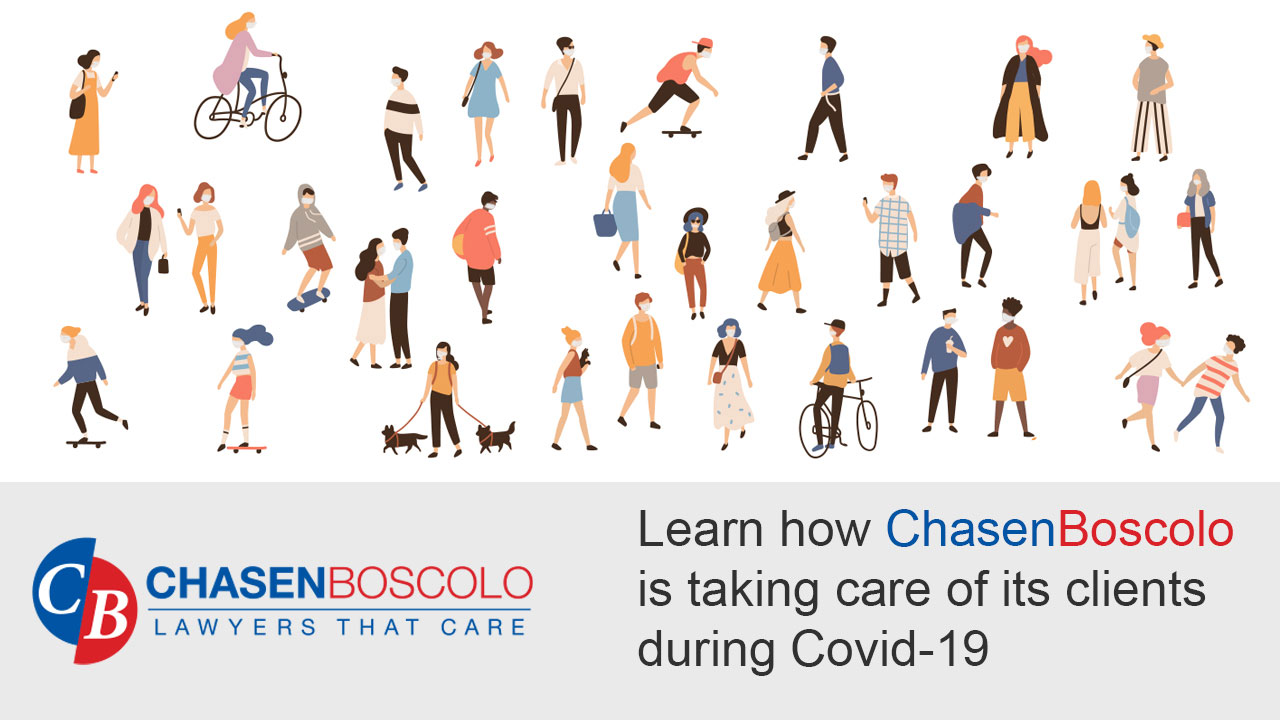 When hospitals fail to ensure the equipment they use is safe, patients face potential exposure to infection and disease. Recently, Kaiser Permanente in Largo, Maryland, has come under scrutiny for its failure to sterilize equipment used during colonoscopy and upper endoscopy procedures. This oversight placed 23 patients at risk of serious infection, including HIV and hepatitis C.

If you or someone you love underwent a colonoscopy or upper endoscopy procedure at Kaiser Permanente and were diagnosed with a serious infection, such as hepatitis C or HIV, contact CHASENBOSCOLO now. Our attorneys are ready to help you hold the parties responsible accountable for their negligence. Call (301) 220-0050 or complete our free initial consultation form to get experienced legal help—24 hours a day, 7 days a week.

According to a statement issued by Kaiser Permanente, proper sterilization procedures were followed for the scope used during colonoscopy and upper endoscopy screenings. However, a defect was discovered in the device that may have rendered sterilization ineffective.

While sterilization protocols may have been followed, it is unclear why the defect was not discovered before the affected scope was used on patients.

Kaiser Permanente says that 23 patients who were treated at its Largo hospital may have faced exposure to infection. All potentially affected patients will receive a letter informing them of their situation and recommending immediate screening for hepatitis C and HIV.

If you or a loved one were exposed to infection during a colonoscopy or upper endoscopy at Kaiser Permanente in Largo, our lawyers want to protect your rights to compensation. Dial (301) 220-0050 or complete a free initial consultation form anytime. With more than 30 years of experience serving Maryland, Virginia, and Washington, D.C., you can count on CHASENBOSCOLO to provide the personalized and knowledgeable experience you deserve.

What You Need to Know About the VW Emissions Scandal

An investigation into the efficiency of the emissions systems on certain makes and models of Volkswagen (VW) vehicles has concluded the company manipulated lab test data using a piece of software. The motive? To show the vehicles had lower emission levels than they were actually putting out. Now, our defective product lawyers at CHASENBOSCOLO take a look at what led to the discovery of the misconduct, as well as what the future may hold for VW.

More than 11 million Volkswagen and Audi diesel vehicles worldwide have been equipped with what’s known as a “defeat device.” This small computer chip allows vehicles to cheat emissions tests by showing lower levels of nitrogen oxide are being expelled from the engine of the car or truck.

How Was the Problem Discovered?

Two researchers hoped to prove that diesel engines could be a clean alternative to gasoline powered cars, so they drove several different VW vehicles from San Diego to Seattle, measuring emission levels the entire way; however, when the pair examined the data they had collected, they found the vehicles had expelled more nitrogen oxide than VW advertised. In fact, the emissions were as much as 40 times greater than the legal limit.

Is My Car Affected?

As many as 482,000 American vehicles have been recalled in the wake of the VW emissions scandal. The vehicles include VW Jettas, Golfs, Passats, Beetles, and Audi A3s made between 2009 and 2015.

What Should I Do If My Car Is Part of the Recall?

Volkswagen has accepted responsibility for the faulty emissions systems and will be repairing all affected vehicles free of charge; however, you could face long-term costs.

More than two-dozen lawsuits have already been filed against VW, with owners claiming they suffered losses caused by declining vehicle values. Some plaintiffs also allege they paid higher prices for supposedly cleaner-running, environmentally friendly makes and models. According to The Wall Street Journal, attorneys are hoping to consolidate the cases soon.

Filing civil litigation in a defective product case like this can be a step toward finding closure to losses you may have suffered as the result of a company or individual’s negligence. Our personal injury lawyers at CHASENBOSCOLO Injury Lawyers are hopeful a decision in the VW emissions scandal case brings a sense of resolution to those who have been affected by this particular case of corporate misconduct.

Transvaginal mesh is used to support the body’s organs following surgery to correct a condition known as pelvic organ prolapse in female patients. But the device can deteriorate or become embedded in body tissue, causing pain, irritation, or perforation of the organs that requires further surgery to correct.

Thousands of transvaginal mesh failure cases have been reported over the years, and many have resulted in lawsuits against the manufacturers of the devices. Now, many of these cases may soon be resolved as the result of a proposed settlement agreement.

Documents show that Bard would pay $200 million to those harmed by their product. Individual victims would receive roughly $67,000 for their injuries and damages.

The decision to settle comes in the wake of Bard recently being ordered to pay $2 million to a woman injured by the company’s transvaginal mesh.

Victims of faulty medical devices deserve compensation for their damages, and the defective product lawyers at CHASENBOSCOLO Injury Lawyers hope a settlement is agreed upon that helps bring closure to patients harmed by transvaginal mesh.

Tom Teodori helped settle a claim for more than $4,200,000 for a Prince George’s County man injured at a construction site.

ChasenBoscolo's client suffered catastrophic injuries when he fell two stories while working on a roof in Richmond, Virginia. The accident left him with a severed spinal cord and resulted in the partial amputation of his ... [Read more]

John Everett obtained a $1,400,000 settlement for a client who was pushed down a flight of stairs and sustained right leg injuries leading to a partial amputation. Our client was providing foster care to a ... [Read more]

ChasenBoscolo recently secured $1,165,000 in a Virginia workers’ compensation claim for a worker from El Salvador who sustained serious injuries falling from a roof.

Ben Boscolo recovered $1,000,000 for a hockey player who sustained a career-ending concussion. The insurance company fought the case arguing that the player retired and was not forced from the game due to his head ... [Read more]

John Everett obtained a $1,000,000 jury verdict for a client who was struck in a head-on collision and suffered a broken thumb, back strain, and severe psychological injuries. Before trial, the insurance company offered $12,000.

Ben Boscolo obtained a $1,000,00.00 settlement for a professional hockey player who suffered a career-ending concussion. The player purchased a career-ending disability policy from Lloyds of London. After the player was injured, the insurance company ... [Read more]

Benjamin Boscolo secured $979,160 in a Maryland workers’ compensation claim for a phone company technician who suffered multiple physical and mental injuries when assaulted by a co-worker.

John Everett obtained a $925,000 settlement in a wrongful death claim where a healthcare aide burned his client in a bathtub. The client later died following his skin graft procedures. Case value was capped by ... [Read more]

Ben Boscolo obtained an $875,000.00 personal injury settlement for a tractor-trailer driver who was rear-ended by another tractor-trailer while stopped in traffic. Our client suffered back injuries which prevented him from returning to work as ... [Read more]